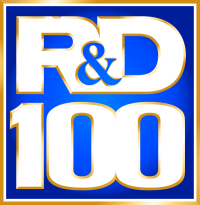 OK, today's July 4th, a red-letter day on the calendar, but it's been a red-letter week for me this week. I've been stumbling around in a daze all week since I found out what I'm going to share today. This is huge! I mean, gigantic, enormous, so incredible terribly huge in my life that I've been scared to share it in case it wasn't true or I was dreaming. However, now I have a copy of the fax and it's finally starting to sink in on me that it's really happening. Now I can share it with everyone else. (Also I've been holding off due to something else that happened this week.. see below.)

(Along with my 3 other co-inventors of course.)

That just totally amazes me even a week later.

For those who aren't in R&D, let me explain. This is huge! I mean, gigantic, enormous, so incredible terribly huge in my life that ... oh wait, we've been there already. This is as big as it gets for someone in R&D. This is something that billions of people don't get in entire lifetimes. It's not hyperbole when the Chicago Tribune calls it "The Oscars of Invention" [1]. (I mean, I'm going to have to actually rent a tux an all.) Short of getting a Nobel Prize, this is as good as it gets -- and the Nobel Prize doesn't really cover the "D" side of Research and Development.

The Passive Millimeter Wave Spectrometer for Remote Chemical Detection that you submitted[2] in the 2007 R&D 100 awards program has been selected by the independent judging panel and editors of R&D Magazine as one of the 100 most technologically significant products introduced into the marketplace in the last year. [3]

One of the 100 most technologically significant inventions in the last year -- in the entire world. I'm still trying to wrap my head around that.

This is how the DOE's Office of Science describes the award [4]:

Widely recognized in industry, government, and academia as a mark of excellence for the most innovative ideas of the year, the R&D 100 Awards are the only industry-wide competition rewarding the practical applications of science.

The R&D 100 Awards recognize the most promising new products, processes, materials, or software developed throughout the world and introduced to the market the previous year. Awards are based on each achievement's technical significance, uniqueness, and usefulness compared to competing projects and technologies.

I'm still trying to grasp that they're talking about the invention I worked on. I mean, all we did was take existing ideas and apply them in completely new ways, what's so special about that?? ;)

Now I'm starting to get congratulatory e-mails and the Office of Technology Transfer at Argonne has told us to go through them for all of the details. They will pay for the awards dinner, the extra plaques, presentations, etc. The official awards banquet will be at the Grand Ballroom at Navy Pier in October. (Black Tie Formal, which means I will need to rent a monkey suit.)

The only downside is that now there's nobody around here with whom I can share the excitement. (Other than co-workers, of course.)

You are immediately free to announce to the media your selection as an R&D 100 winner -- There is no embargo.

Strange week all around

This last week has just been a strange week all around for me.