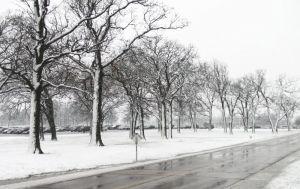 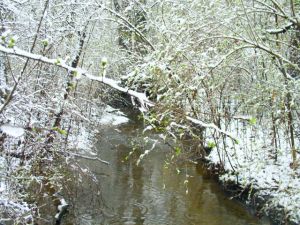 Since moving to the Chicago area, I have come to learn that my two least favorite phrases in the English language are the following: 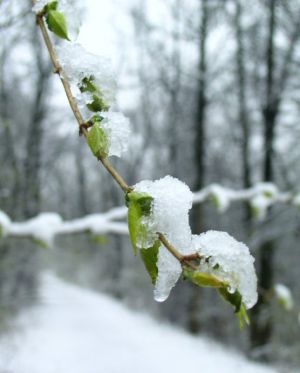 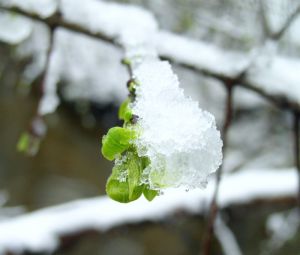 I'm really tired of Hollywood over-pimping the whole Green Agenda. [edit: I'm specifically addressing Global Warming in this article, not the whole "Green Agenda".] The Oscars this year were just a sickeningly sweet love-fest for An Unpleasant Truth. Only in Southern California can anyone have the audacity to think weathermen can actually predict the weather past a couple of days :D. Didn't we learn anything from Chaos Theory? Whenever I hear politicians and actors spouting something about science that they've been told to spout by other actors and politicians, it just reminds me how much I'm surrounded by Sheeple.

Note that for much of earth's history, temperatures (C) were roughly double what they are today. ("Today" is at the top.) source

I want to reiterate something here.

Think about it a moment.

There is a large portion of Earth's life that hibernate during the winter because it is too cold. Those animals that hibernate in the summer do so solely because their water dries up. What's the biggest problem expressed about Global Warming? Melting the world's ice and raising sea levels. That means there will be more water unlocked and available to Life.

Now let's talk about a majority of the species on the planet. Insects, cold-blooded animals, etc. Heating the environment will make these species thrive in the so-called "temperate" zones outside of the tropics. Think about rain forests spreading beyond the tropics. The planet in general would love the environment to get warmer.

It is only our mammal-centric view that makes us think that global warming would destroy life on earth.

Pollution, over-hunting, deforestation, &etc., on the other hand, will destroy life. However, with all of the attention of the public eye being focused on this "warming" issue, the real problems are being put on the back-burner. When was the last time you heard an actor or politician making a big fuss about deforestation? The past decade, it's all been about "warming", and I believe that's wrong. Sure, atmospheric pollution is being addressed with the "warming" issue, but groundwater, bulk waste, etc are just accepted as a necessary evil we'll have to live with because we "have" to deal with "warming" first. So as our frogs and turtles die off -- species that have come to us from the warmer periods of Earth's climate -- we're told it's a result of "global warming wrecking the ecosystem" and the real causes are virtually ignored.

If you don't think deforestation is a big issue, I dare you to take a flight across the Midwest. Get a window seat. Now, as you fly across the country, look out the window. Pay attention to how much of the land is devoted to farmland, urban sprawl, etc. Now look at the small areas that are still pristine. They're easy to spot, look for the clumps of trees. Now, think about those trees spread out over the whole area as they used to be. You may at first think farms aren't so bad because they're plants as well, but think about how much green surface area is available for a 3D, volumetric, tree vs an essentially 2D plot of corn using the same area of land. Also think of how much longer the tree has leaves as opposed to the relatively few months that corn plants are actually contributing to the environment. Most of the year, farmlands are dirt and dead plants. Finally, think about how many animals, birds, insects are hosted by a single tree vs the ideal in farmland (i.e. 0). Don't get me wrong, I'm not complaining about farmers. I like to eat too. However, when a majority of the produce from these farms goes into raising cattle and chickens just to feed our fast food lifestyle -- well, I'll let you work out the repercussions for yourself. I don't see Al Gore or the majority of his "warm" crowd becoming vegetarians anytime soon.

Now think about how many creatures feeding a single cow eliminates from the ecosystem and compare it to how many creatures an aerosol can kills. (OK, ignoring cans of poison of course ;) ) They're trying to tell me that "warming" is the biggest issue we should be concerned about????